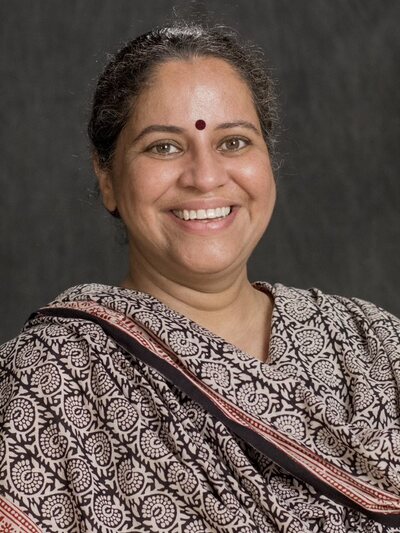 Professor Nagar received her PhD from The Ohio State University (2008) in Linguistics. That same year, she began teaching in the university’s Department of Near Eastern Languages and Cultures, where she was later appointed to assistant professor in 2013. Nagar currently serves as associate professor of Hindi and South Asian Culture, an appointment she has held since 2019, where she teaches South Asian culture and studies topics in sociolinguistics situated at the nexus of language, politics, sexuality, power, and meaning. Nagar is a multilingual researcher with extensive training as a sociolinguist and ethnographer; interdisciplinarity is the foundation of her approach to scholarly inquiry and teaching. Nagar was awarded the 2021–22 Faculty Fellowship in Humanities, Global Arts + Humanities Discovery Themes, and a Fellowship in the inaugural cohort of the Global Arts + Humanities Discovery Themes in 2020–21.

Nagar is the author of Being Janana: Language and Sexuality in Contemporary India (Routledge, 2019), the first detailed ethnographic study of jananas, a community of subaltern male sex workers in Lucknow, India. Nagar explores how language—by them and about them—is used to construct their complex identities and roles within family structures, perpetuate violence against them, and affect their economic and political positions. Conducted over twelve years, it is the first work to provide a full, integrated picture of janana lives through a multidisciplinary approach.

Throughout her academic career, Nagar’s research in South Asia has focused on how linguistic expressions are deeply tied to social hierarchies, and how language is a tool that creates discrimination and power imbalances. She is an advocate for cross-disciplinarity as a means to make new discoveries and connections. She is currently working on how people in political power use language as a tool to subjugate minorities and has published several journal articles on this topic. Nagar’s next book project, “Weaponizing Language” (unpublished manuscript currently in development), examines how language used in modern political and popular discourses in India appear on the surface to champion social equality while at the same time marginalize and demonize Muslims, women, LGBTQ+, and other minority groups.